The 1:12.168 lap is a new pro-mod record and is yet another example of the importance of well-designed aerodynamic elements. This is within three-tenths of a second of the outright track record, set by a four wheel drive tube-frame car approximately 300kg lighter. 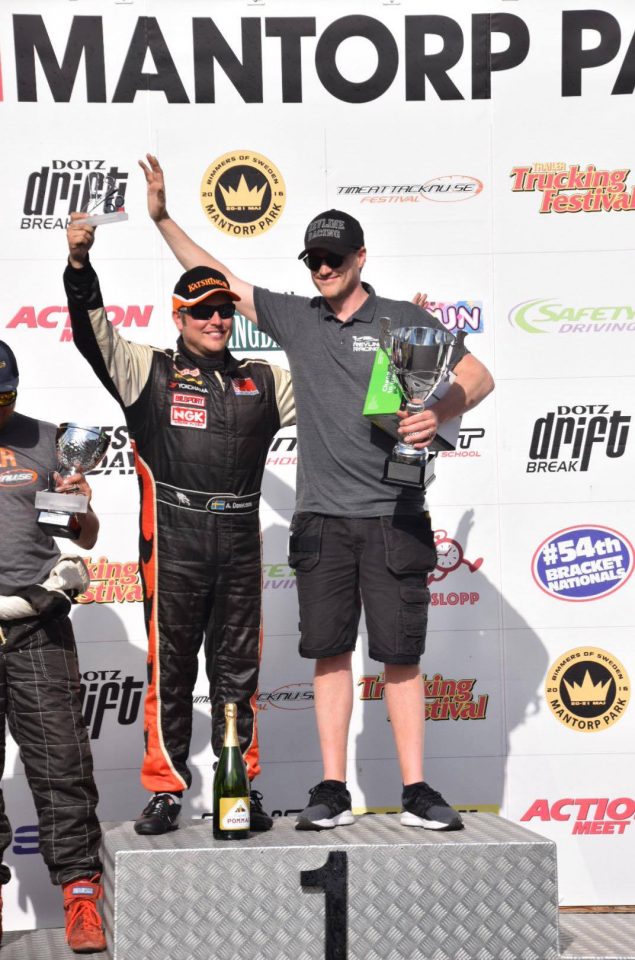 But as is typical of Time Attack racing, the path to glory was not straightforward. Alx takes us through the lead up to that all-important lap.

“The engine was already hurting in testing two days prior to the event with a failing head gasket. I got two laps that day – the car was scary. The base was all there but it needed tweaking, small changes can make a huge difference on a car like this”

As the team was analysing data, Gustaf received a phone call. His mother was very ill in hospital in the far North of Sweden, and he would have to leave. The priority shifted to getting Gustaf ready to depart, but the team knew three setup changes could fix the car for a second session. They adjusted tyre pressures, roll bar and suspension packers in preparation.

“I lost my mother back in 2007 when she was travelling home from one of my races. I got all those old feelings back. I offered to race his car for him and his family should he wish – Gustaf decided it was the right thing to do.”

During Gustaf’s testing on Friday, the engine’s condition worsened. By the time Alx was back in the driver’s seat on Saturday, he knew the car had one lap left in it at best.

“Crankcase pressure was high, oil pressure low and water was being pushed into the oil. Gustaf, in the truest sense of Time Attack spirit, made the decision to make a solid attempt even if it meant blowing up the engine. He said to me “I’m shutting off alarms and failsafes, turning up the boost and putting the new tires on the car. Go for it!”.

The lap itself was a blur for Alx – literally.

“The high speed entry into T1 means the extreme downforce has pushed the car through the springs and fully onto the bump stops. The car is bouncing violently and my visibility is heavily compromised – probably about 50% of normal” 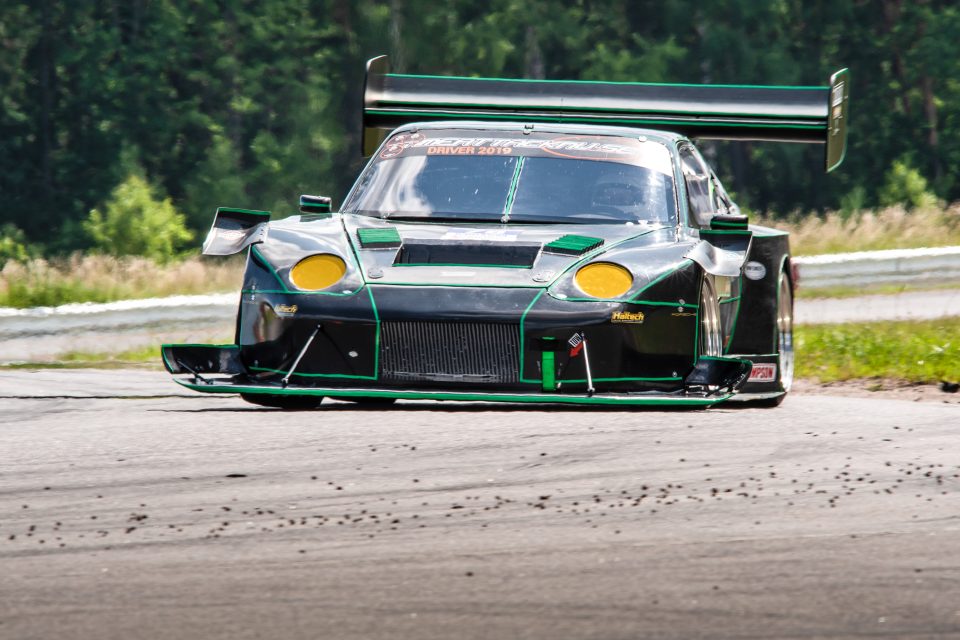 But he nailed the important braking points and apexes despite not having tire temperatures exactly where he’d want them.

“After the lap I kept the speeds up and the revs down to cool everything off. We did it! 1.12.1 came up on the dash and I can only imagine the relief and happiness of the guys on the pit wall. I sure felt it in the car. She held up.”

A well deserved victory for Alx, with only a few minutes of experience with the Revline 968, and Gustaf, with has thousands of hours of his own efforts invested in the build.

“Later in the day we went for another run in Q3 with tires perfectly heated and full boost but we only got third gear out of it on the start straight when the head gasket finally gave up. We should frame it or something!” 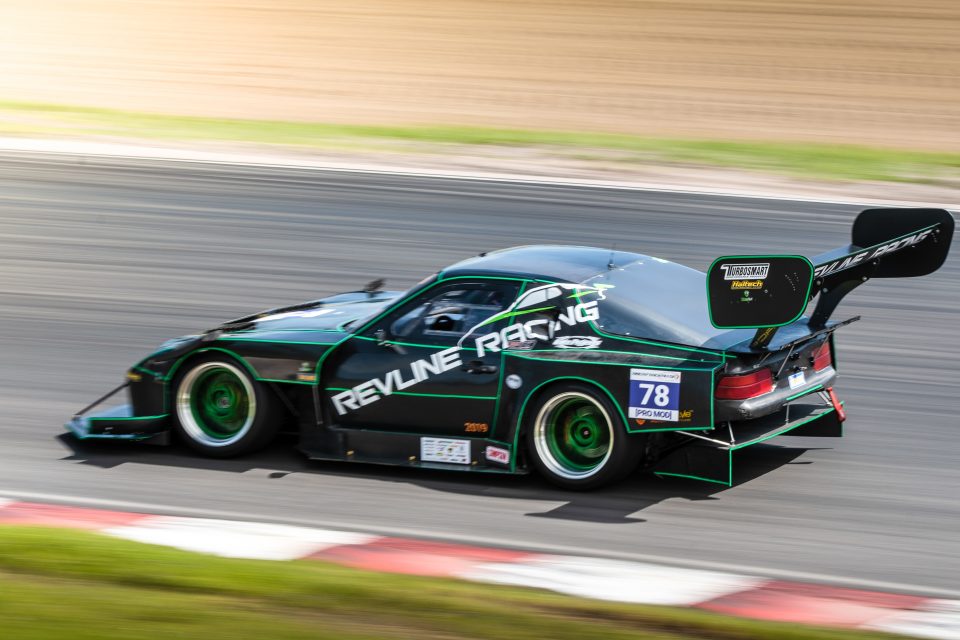 “The 968 has gone from your typical GT downforce level to that of a high downforce single seater. Before, the downforce helped in fast corners and high speed braking. It still drove on its springs at high speed, which basically means it drove like a “normal” track car. Through the collaboration of Gustaf, Revline and AMB Aero everything has changed. Because of the massive downforce, the car only rides on its springs up to a certain speed before transitioning to bump rubbers. This can be very strange and scary but luckily I have spent a good few years racing car like this.”

Amazingly, Alx feels that there is still time to be found in the current setup.

“The car is almost there setup wise. At high speed I found we could have benefitted from better brakes, especially in the rear, as well as some changes to the front bar. Furthermore we were on medium boost and I was short shifting by 700rpm to keep the head gasket alive. So there is maybe up to a second in power alone.”

Check out the footage of the lap below.