For new aerodynamic developments, time is the ultimate test. Time to evaluate and prove the theory and simulations on real race tracks and above all else the time rewritten in the record books.

One year on from AMB Aero’s introduction of the Infinity Wing, we thought it was time to look back on a year of competition around the world with four of AMB’s most demanding time-attack client teams.

Perhaps the most talked-about Time Attack car of 2018, the Toyota 86-based HKS TRB-03 was designed for a singular purpose – demolish the lap record at the spiritual home of time attack racing, Tsukuba Circuit. HKS commissioned AMB Aero to develop an aerodynamic design appropriate for this purpose, and Infinity Wings were on the menu. 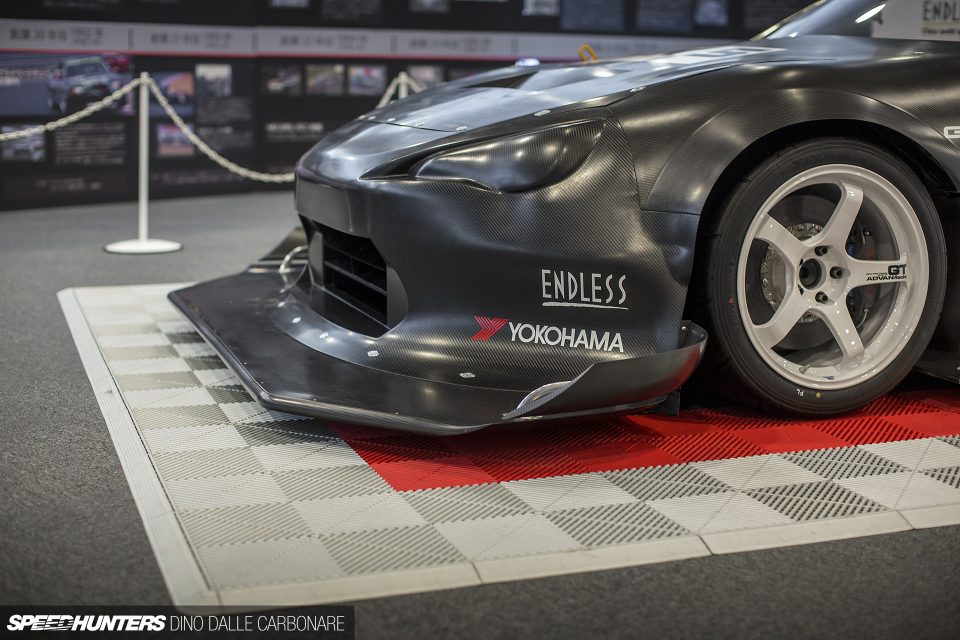 “We evaluated many different front wings through testing the HKS TRB-03 and carried out top speed tests at Fuji Speedway in summer of 2018. The tests included a ‘hammer-head’-type layout in a head-to-head with AMB Aero Infinity Wings. The Infinity Wing setup end was not only the highest downforce of all setups, but also increased our top speed by 4km/h.”
– HKS

Such was the aerodynamic efficiency of the Infinity Wing front end, HKS now faced a new challenge. 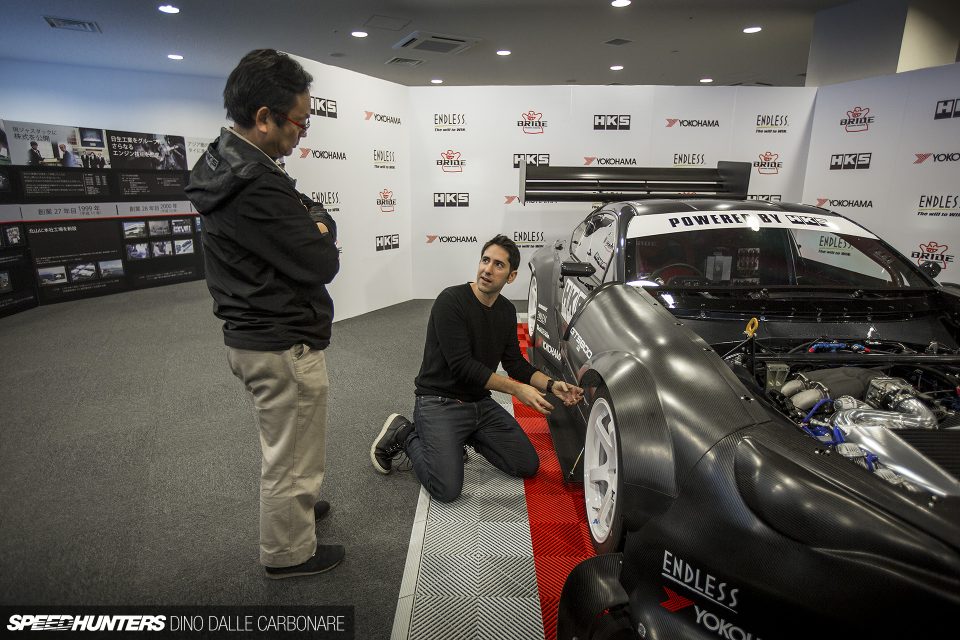 “The car produced so much downforce, our next obstacle was managing the massive loads. AMB worked hand in hand with our engineering team to refine the setup and help us achieve our result.”
– HKS

That result – a 49.44 second lap of Tsukuba – is the first time a production based car has ever cracked through the 50 second barrier, and a great proof point for the effectiveness of the Infinity Wing. 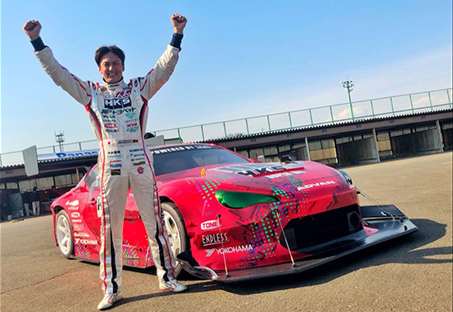 The appeal of the Infinity Wing is its ability to deliver increased front-end downforce without the increase in drag that traditional aerodynamic wings or canards would create. Serse from J-Spec elaborates:

“When we got to the first race people were pointing at the massive rear wing and saying there was no way we can make the downforce to balance it out. We won that race and the balance the was perfect. Monza has a long straight so the drag is much more important there.  It was clear we were on the correct side of that compromise.”
– Serse Zeli, J-Spec

The J-Spec domination at Monza set the tone for the rest of the season.

“There was a lot of doubt around the paddock if aero could really make that much difference, but by the third race all doubts were removed.”
– Serse Zeli, J-Spec 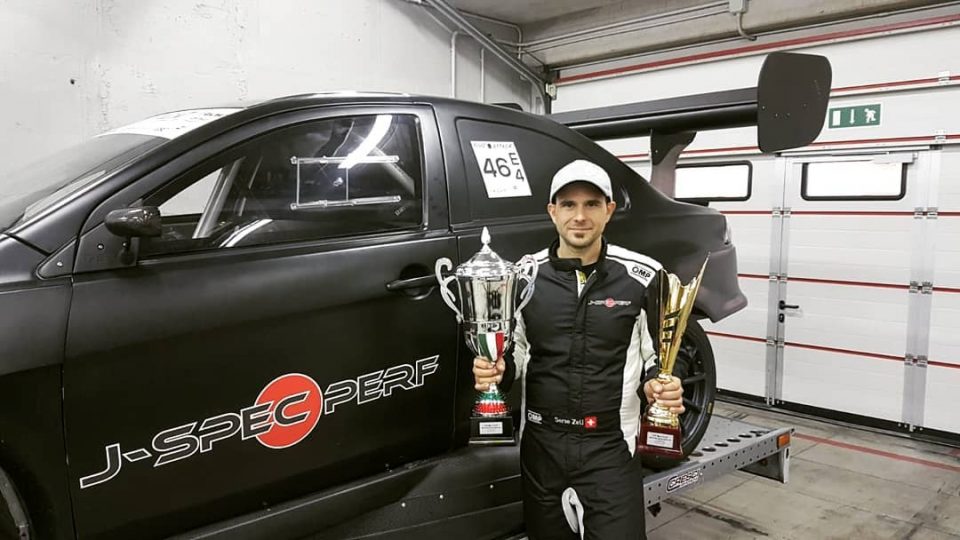 By the time the season was done, the Evo X had won every race and picked up four lap records along the way.

“AMB really helped us along the way to get the car setup and aero in harmony so as the season progressed we got even more downforce.”
– Serse Zeli, J-Spec

AFP’s WRX has been a crowd favourite for years, and when Andy approached AMB we knew Infinity Wings would be a great complement to the full aerodynamic redesign required to keep the Subaru at the top of the timesheet. 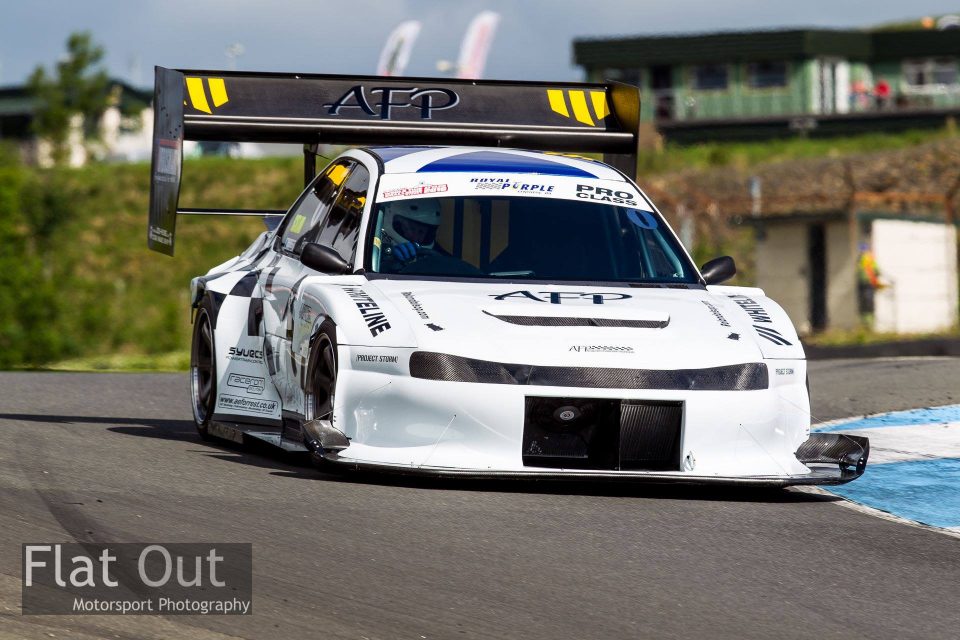 During runway testing of the Infinity Wings, Andy measured drag by running the car at a constant speed and measuring the variations in fuel usage required to maintain speed.

“We’d already seen that downforce at the front was massively increased, allowing us to balance out our huge rear wing. Our runway tests further revealed that the Infinity Wing setup showed zero measurable increase in drag.”
– Andy Forrest, AFP

Andy went on to win and set a new record at Super Lap Scotland.

“We’ve been working with AMB Aero for years and his support has been integral to our efforts, through step-changes like the Infinity Wing and the smaller, iterative developments along the way. Our current package is at the cutting edge but, most importantly, customised to the specific requirements of our car.”
– Andy Forrest, AFP

Yes, lap times are the ultimate test of a race car, but for an aerodynamicist there’s one place where you can truly see the tech in action – the main straight. At top speed, maximum downforce is developed and will cause maximum compression of the suspension. Revline Racing discovered the limits of their suspension setup at their first day testing the AMB-designed Infinity Wing at Mantorp Park:

“Back in the shop we correlated downforce by putting the car on the scales and then weigh it down until the suspension compression matches what is measured on track.  We have so much downforce that to push the car low enough we had to build a press down from the roof.  We upgraded from our previous AMB designed splitter to the new Infinity Wing setup and we had to limit top speed because the extra downforce caused the car to drag on the ground until we increased spring rates.”
– Gustaf Burström, Revline Racing 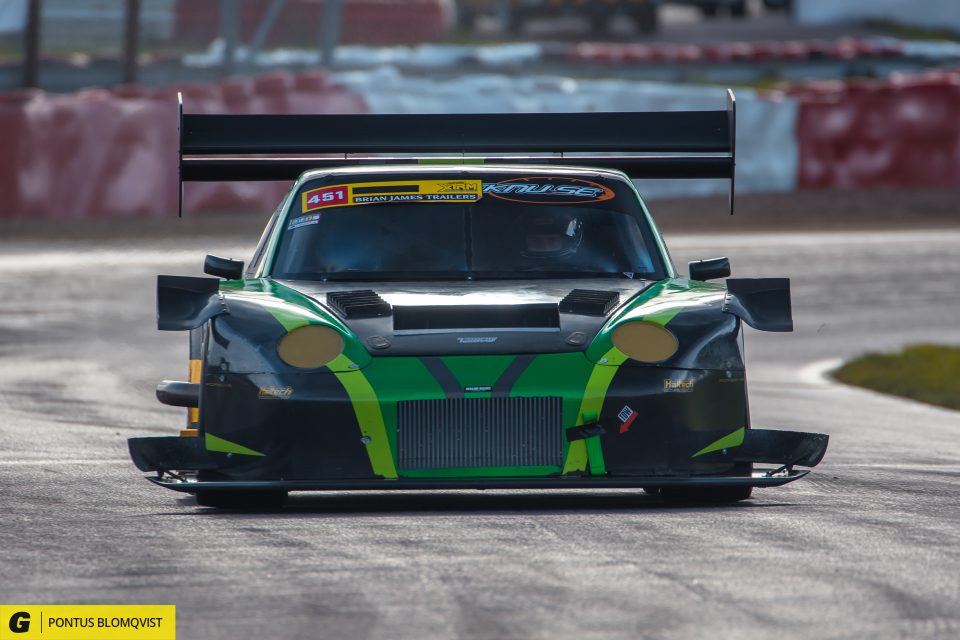 Although there’s now twelve months of winning results for the design (thanks in no small part to the hard work of all the engineers and drivers involved!), we at AMB believe this is just the beginning for the Infinity Wing. For teams looking for the high downforce, low drag combination that the Infinity Wing delivers, we’d love to hear about your goals for 2019.