With intense competition and an very open rulebook World Time Attack Challenge is a perfect event to take advantage of aerodynamics to get a competitive edge. The event has become synonymous with large and extreme carbon fibre aero kits fitted to street chassis cars. AMB Aero takes these concepts and refines them into a winning formula. 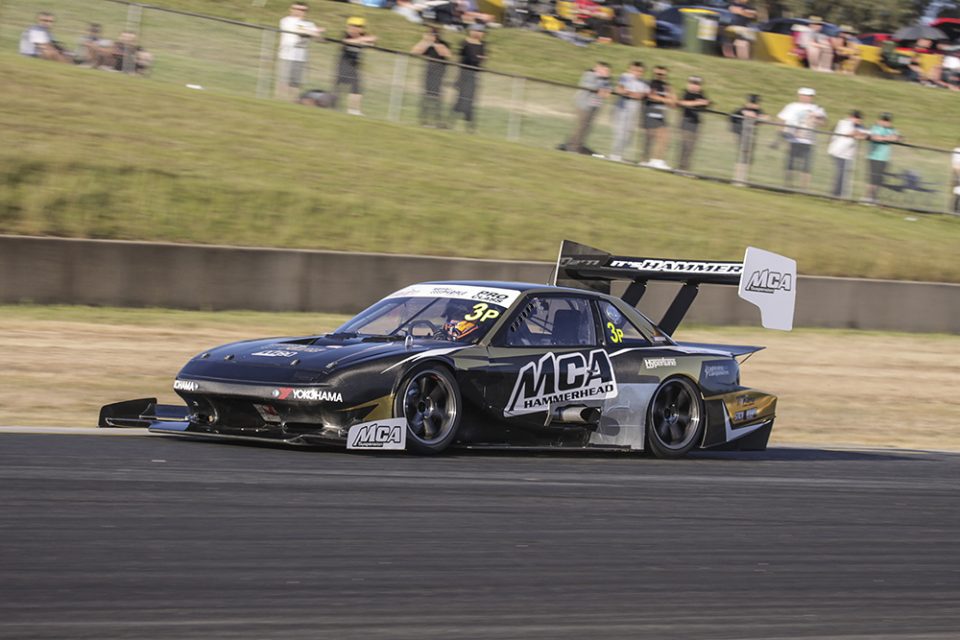 Testing a new driver behind the wheel for 2016, Murray Coote and the MCA Suspension team wanted to refine the aerodynamic balance of their already comprehensive aero kit. AMB Aero worked with the MCA team to design a new rear wing and a one off deck lid spoiler to boost total downforce by over 30%.

“We tested at QR back to back with the old and new aero parts AMB designed for us.  We ran with sensors to measure the downforce and make sure the numbers were as promised.  After that test we were sure we moved in the right direction.  The aero improvements  made a huge difference.”
Murray Coote – Team Owner

Using our CFD modelling process we were able to improve the car drastically in terms of overall balance with little adjustment needed during testing resulting in a overall 1st place finish and a new lap record of 1:22.19.

“The car seems quite good, it’s a big improvement from last year with the new rear wings.
It feels a lot more stuck in the rear than what it looked like for Shane.”
Tim Slade – Driver (Quote taken from 2017 WTAC Live Stream broadcast) 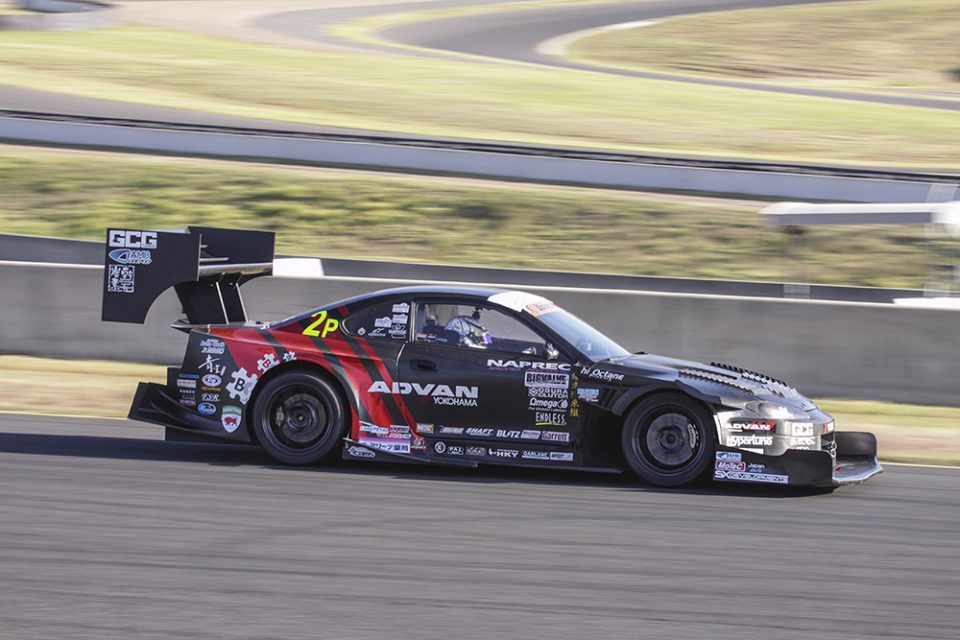 Narrowly missing out on 2nd place was another AMB Aero customer – the “Worlds Fastest Amateur” Tomohiko ‘Under’ Suzuki. Suzuki embodies the privateer spirit of the event with his self-built Nissan S15 Silvia. Suzuki has been working with AMB Aero since 2013 and has been steadily improving his aerodynamic package year on year with falling lap times with every attempt. 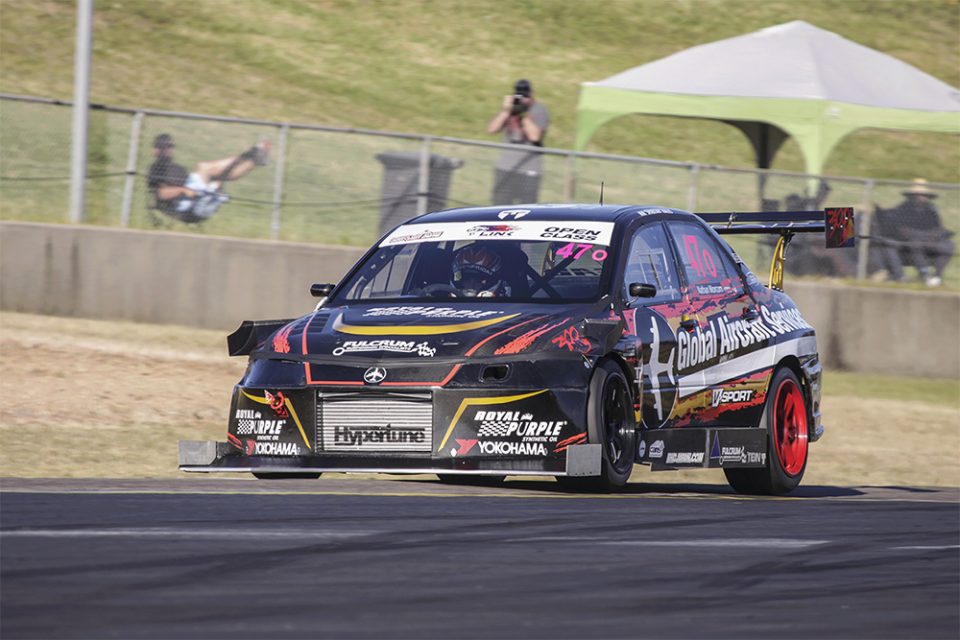 In the highly competitive Open Class Nathan Morcom took out the top spot with the Spartan Evo 9. The car was given an aerodynamic overhaul following it’s purchase from Nik Kalis and the new driver responded to the changes well.

“The aero was very different, well thought out and planned right down to the final detail in this Evo 9. The biggest surprise for myself was driving through turn one around Sydney Motorsport park without braking. There are only a couple of cars I’ve ever driven without braking through turn one and they are a Mclaren and a Formula 3 car. I really rate the aero package highly and can’t wait to jump in the car again!”
Nathan Morcom – Driver 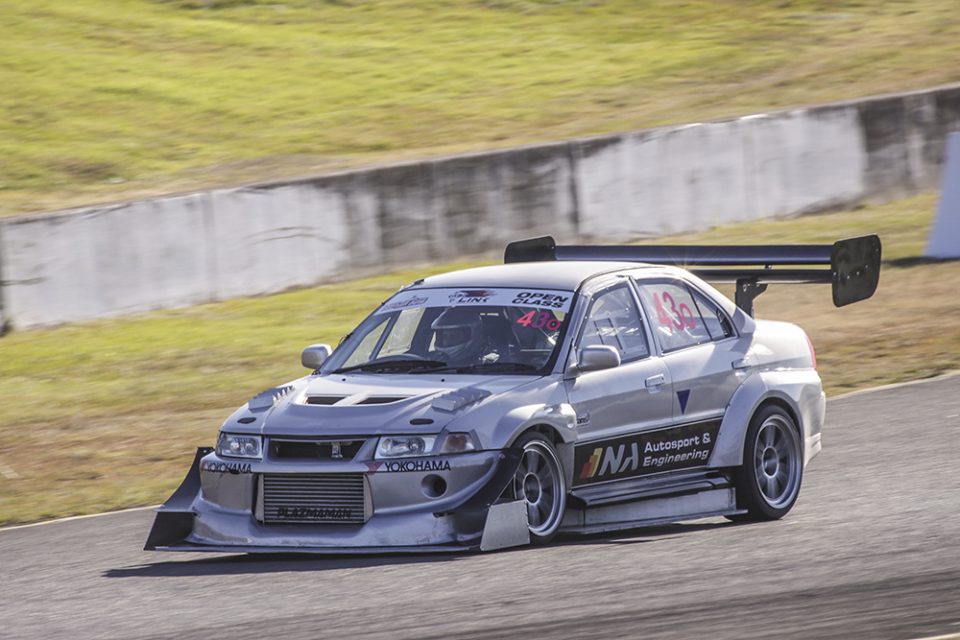 Rounding out the Open Class podium was yet another AMB Aero customer Nick Ashwin in the NA Autosport Mitsubishi Evo 6. Similar to Under Suzuki’s self made philosophy, Ashwin took advantage of AMB Aero’s CFD design service and built the aero package himself from our blueprints.

If you are interested in time attack racing AMB Aero can help you find your winning edge in aerodynamics. AMB Aero can bring high-end aero development to club level teams on any budget. Whether you want an end to end carbon fibre solution or a design catered to your fabrication skill set we can create the best design for your project.

Click here to get in touch about an aero solution for your project.