At Sydney’s World Time Attack event in 2015, the MCA Suspension S13 achieved a best time of 1.25:37 – a record for the car, but once again not enough to secure the top spot from the field of ever-improving domestic and international competition. It was the Queensland-based team’s 5th attempt at taking the WTAC crown and although the car was its fastest yet, there was still a sizable 1.6 second gap between the S13 and Tilton Interior’s 1st placed Mitsubishi Evo. 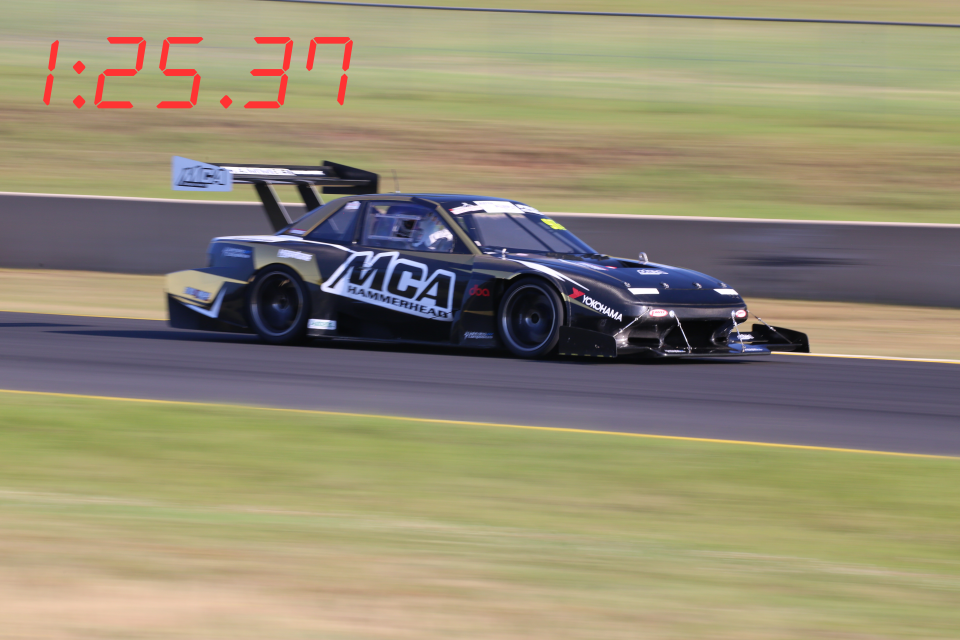 Hungry for the title, the MCA team turned to aerodynamicist Andrew Brilliant of AMB Aero to resolve issues that were holding the platform back, namely chronic oversteer and a lack of forward-traction grip. After the 2015 WTAC event, AMB performed a ‘blind’ CFD test of the 2015 car and identified key areas for improvement, along with insights that matched driver feedback. 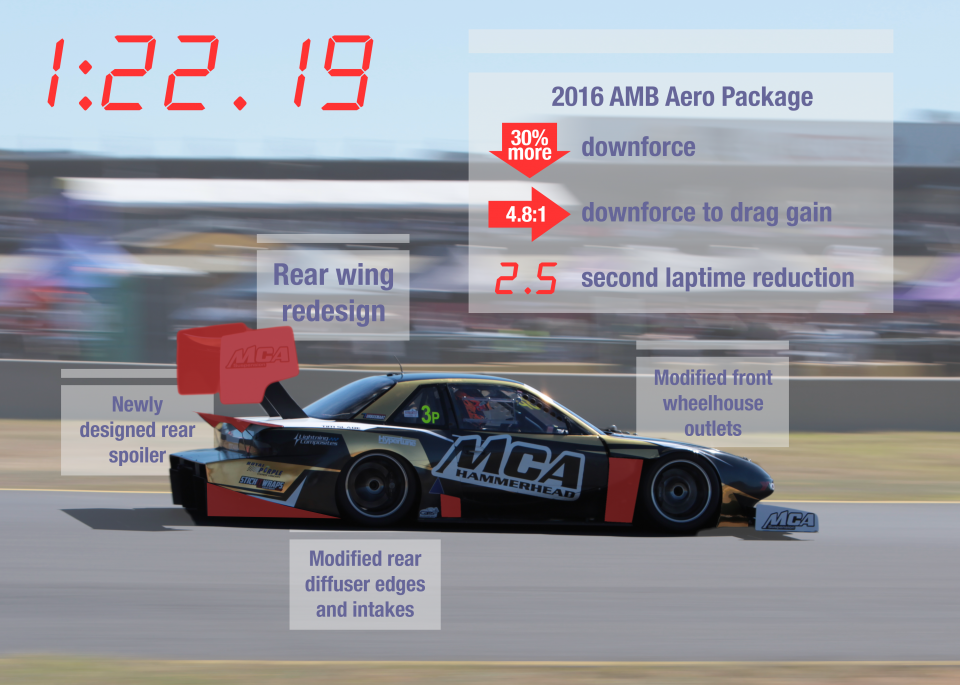 “2016 was our biggest stride in aero, with a newly designed rear wing, spoiler solution and minor changes to the rear diffuser and front wheelhouse exhausts.  We think aero is owed two to two and a half seconds of our lap time improvement.  We dropped from 1:25.7 to a 1:22.19 with aero being the biggest change.  The car looked completely different around the circuit and the traction improvement was dramatic.”

The results speak for themselves. The car was 3.51 seconds faster around Sydney Motorsport Park, not only besting the Tilton Evo’s record time but also leapfrogging the rapid improvement at top rivals PR Technology and Scorch Racing. Best of all, years of hard work from the team at MCA was finally rewarded with the World Time Attack Pro Class victory that had thus far eluded them. The testing and results suggested that the 30% increase in overall downforce and 4.8:1 gain in the downforce to drag ratio contributed to over 70% of the year-on-year pace improvement. 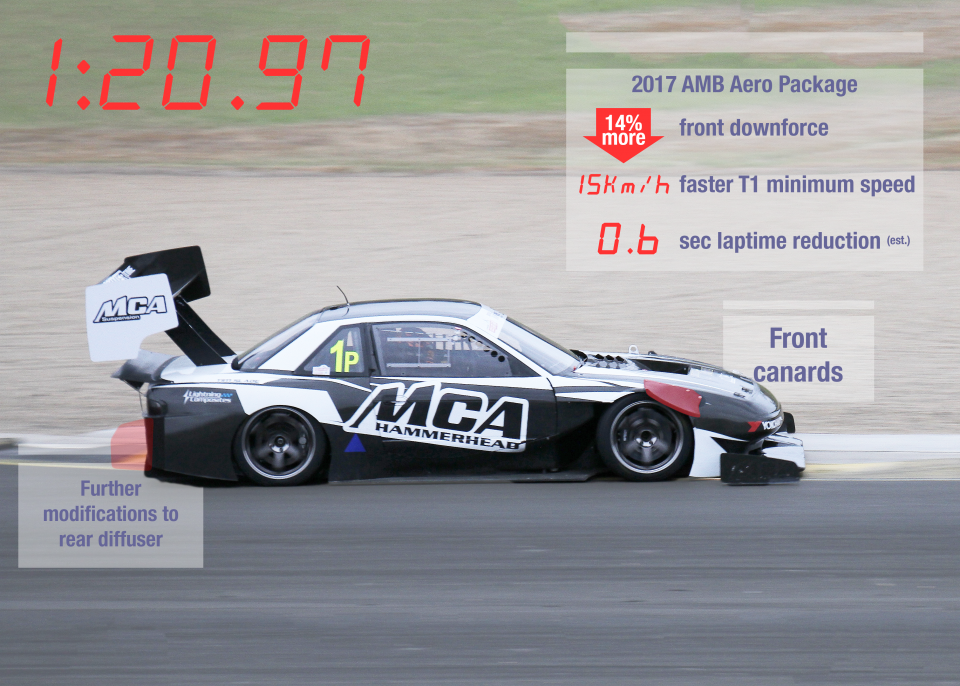 Nothing stays still in Time Attack racing – especially not your competitors. A completely redesigned aerodynamic package would not be ready in time for the 2017 event and with the RP968 looking ready to steal the title from ‘Hammerhead’, MCA and AMB undertook last-minute CFD analysis of the existing aero package to find any extra advantage.

“We completed further modifications to the rear diffuser and as the RP968 team was looking to potentially overtake us, AMB completed overnight CFD testing and found we could mix some of the bits from a still incomplete new front-end package.  This hybrid layout had a massive effect on the front downforce.  Driving the car visually into the ground down the straight away it netted us a huge 15kmh increase in turn 1 minimum speed over 2016.  We were able to stay on the throttle more around the apex and we believe that was worth another half to three quarters of a second around the circuit.”

After hasty addition of these parts overnight, the car picked up an extra 0.6s on day two. As a result, the car was the first to break into the 1:20’s and successfully defended the 2017 World Time Attack Challenge title against PR Technology and Scorch Racing.

MCA and AMB continued to work together to prepare the car for the 2018 event, but a regulation change discovered late in the season meant the newly designed Infinity Wing splitter would not be legal for the event.

“Our final car design for 2018 did not adopt infinity wings because of subtle regulation changes that would have required more time and design changes to remain compliant.

We worked closely with AMB Aero for a solution to combat anticipated losses such as keeping the widened floor and a new aero map that would allow us to optimize the suspension in order to get the most out of the aero package. We hope to fully adopt the infinity wings in the future so we can continue to improve our lap times and legacy at WTAC”

The S13 will compete at WTAC 2018 featuring AMB developed:

Beyond 2018, MCA and AMB will continue to work together to complete car-wide minor improvements and look to implement a redesigned Infinity Wing front end.